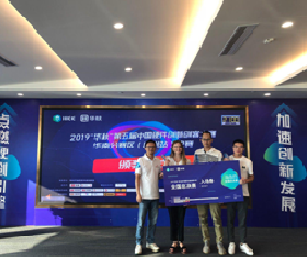 On the 23rd of August 2019 our team were awarded second place at the Fifth China Hardware Innovation Competition 2019 Finals. Here, we showcased our ClimateOrb indoor air quality monitoring device and explained its potential impact for future Climate Data. We competed against ten other startups from Shezhen, all of whom had gone through the 2 previous rounds to be then offered the opportunity to present their products in front of the esteemed judges and investors.

Cara Bilson, one of our core team at ClimateOrb, presented a 9 minute presentation explaining the intricacies of our BlockChain and IoT based Methodologies. After the speech she also fielded questions from judges and investors on the potential ClimateOrb to expand in the Chinese market and how our business model will be adapted to international expansion

Scientific evidence indicates that the air within homes and other buildings can be more seriously polluted than the outdoor air in even the largest and most industrialized cities.